Home/World of Diabetes/Insulin Pricing in January 2021

You may have heard about the Presidential transition of Joe Biden and his administration placing a freeze on or reversed a previous Trump Administration Executive Order that lowered the price of insulin.

During the Presidential era of Trump,  the former administration in December 2020,  issued a policy ruling stating that health centers that participate in the 340B program must pass on drug cost savings to the patients.

The 340B program is a section of the Public Health Service Act. This program requires drug manufacturers to sell their products at cost to participating hospitals and clinics that serve uninsured and low-income patients. Through this program, these patients are able to get low or at-cost drugs like insulin.

Health centers participating in this program claim they already were and had never stopped passing on savings to patients.

Yet in a December 2020 ruling that allowed drug manufacturers to then withdraw from the 340B program, under the claims that the health centers were hiking up drug prices to make a profit off of the medications they had received at cost from manufacturers. Several manufacturers pulled out, potentially interrupting the supply of insulin to these centers.

The former policy ruling was slated to take effect January 22 but has since been delayed, pending a review by the current Biden administration.

In the meantime, the Health and Human Services team will examine what is happening in health centers that participate in the 340B program – the intent is to determine what is actually happening with cost while minimizing interruption in patient care.

Having started January 1, 2021. One insulin pricing change put in place during the Trump Administration does remain active – some insulin under some Medicare plans became $35 per month.

If you or a loved one are struggling to afford or access insulin in the state of Nevada, reach out today about our Emergency Medical Program. Find more info here – https://diabetesnv.org/support/emergency-medical-program/ 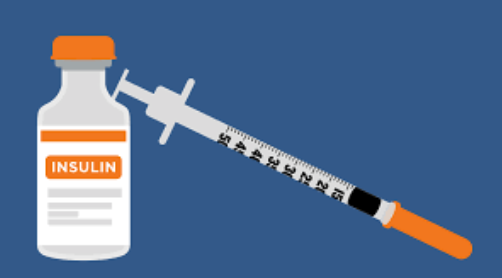